← more from
Take This To Heart Records
Get fresh music recommendations delivered to your inbox every Friday. 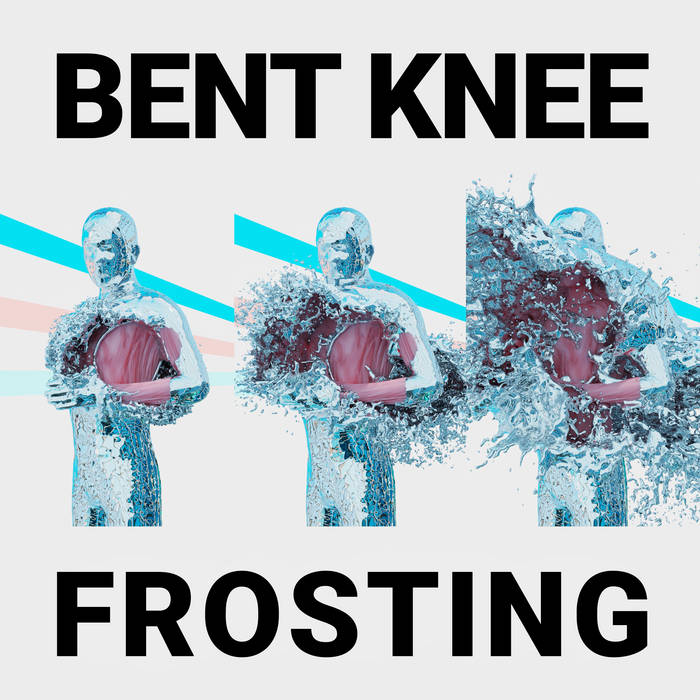 fruitcumber the weirdest album from an already very weird band. i'm not sure i really get it yet, but it's definitely a lot of fun! Favorite track: Baby In The Bush.

jccameron When mankind finally reaches societal nirvana; with us all living in clarity of true creativity and unselfish execution, I am certain that our soundtrack will include Frosting. How could it not? Until then enjoy the beautiful sound of the future... Favorite track: Cake Party.

Risotto Drake As stated above, this album has varying moods and styles. Just as you drift into pleasant reveries, it thwacks you in the viscera. This is how music should be, thank you.

benjamin_d Such an intense mix of emotions. It's all over the place in the best possible way. Favorite track: The Floor Is Lava.

Eric Gedenk I never know what to expect when Bent Knee releases something, and sure enough, this album is nothing like anything they've released. It feels so complete. Seamless transititions across a really dynamic mix of styles and sounds. Love at first listen.

munstopher5 Absolutely not what I expected, but in a great way. An audacious experiment blending their art rock roots with hyper-pop synth and autotune. No other band could produce an album that sounds like this. Favorite track: Not This Time.

Bent Knee are not a band for convention. In fact, since forming in 2009, the Boston-based six-piece have been on a constant journey of musical exploration that thoroughly disregards it. The result is five records that completely defy categorization and transcend genre. In other words, the band don’t just break the rules, they make up their own. That’s ensured they exist exclusively on their own terms. Frosting, the band’s sixth full-length, pushes those boundaries even further. It’s the most Bent Knee-esque Bent Knee record to date, which means that, simultaneously, it’s also the album of theirs that sounds the least like Bent Knee.

That’s perhaps a journey the band – Courtney Swain (lead vocals/keyboards), Ben Levin (lead guitar/backing vocals), Jessica Kion (bass/backing vocals), Gavin Wallace-Ailsworth (drums), Chris Baum (violin/backing vocals) and Vince Welch (synthesizers/guitar) – would have taken anyway, but the extent to which it’s true was amplified by circumstance. While no-one needs reminding about the havoc wreaked by the coronavirus pandemic, it did mean that Bent Knee weren’t able to approach the making of this record in the same way as the previous five. In fact, this one was written entirely remotely.

“This was definitely very different,” admits Welch, who – like all previous Bent Knee albums – was also behind the sound design and production of this one. “Every other album had basically been the band in a room at at least some point in the process, but we finished this one still having never played these songs together. And then the technological limitation of having to send each other everything created this different dynamic that slowed everything down. You didn’t have to react to an idea in like half a second – you could take an afternoon to ponder it.”

“It was really interesting writing-wise,” adds Kion, “because it became a lot less about how quickly each person could get their idea out. And the ideas also didn’t have to be fully formed to exist. We each had these little seedling ideas that were all up for grabs – just writing these tiny little pieces and just sharing them and working with whatever felt good. And that made such a different album.”

That approach meant that, even after a decade writing songs together, the band were still learning new things about the way they worked together. Taking those seedlings – which, for example, might be just two bars – that were up for grabs, the six of them worked communally from afar to build these songs from the ground up. Whether it was by mashing two of those seedlings together or writing a verse over one of them, everybody in the band chipped in the ways they saw fit to get the most out of those initial ideas.

“One of my favorite things that happened,” says Kion, “was to hear Chris start writing the bridges, because they’re amazing. I’m actually kind of upset that it took so long to realize that – we’re a decade in and we only just now found out that Chris is the bridge guy!”

The process didn’t just open the band’s eyes to previously unknown strengths, however. It also – rather ironically – afforded them much more freedom to do whatever they wanted musically, to really push the boat out when it came to sounds and ideas. Being forced to work within a more limited capacity than they ever had before actually meant there were fewer limits.    “With this record,” says Welch, “we were starting from a different kind of baseline. When you’re in a room, everyone’s kind of restricted to what’s in that room. But when everyone’s in their own place with their own stuff, there’s a much broader range of things they can do, such as recording at different speeds or using and splicing samples together.”

The result is a record that contains a wealth of disparate sounds and influences, one that continues the band’s innate refusal to be pigeonholed (“It drives me crazy when musicians limit themselves on account of genre,” says Welch). As such, Frosting is an album that veers wildly in atmosphere and texture, but which all comes together to form one beautifully cohesive whole. It starts with the energizing technicolor burst of “Invest In Breakfast”, a hyper-pop song that’s akin to the sugar rush of a bowl of Fruit Loops, but that’s then followed by the portentous, harrowing and almost apocalyptic avant-gardisms of “Baby In The Bush”, a somber, slow-motion storm of emotional damage. The contrast between the two is striking, but that’s the point.

This is an album that ebbs and flows between extremes, musically and lyrically, that captures the gamut of human emotion and experience. There’s the good-natured, uplifting electronic sunshine of “Casper” and the carefree, soulful musical breeze of “Fighting All My Life” – and then the twisted, tortured, Nine Inch Nails-referencing 21st century schizoid blast of “The Upward Spiral”. That, though, is followed by the calming, peaceful and heartbroken “Set It Off”, one of the most vulnerable and tender moments on this record. Elsewhere, “Have It All” – one of many songs that incorporates format shifted vocals into its folds – is a spirited neo-pop song that sets the tone for the highly-charged
“Queer Gods” that immediately follows it. “The Floor Is Lava” travels back in time to the innocence of childhood. “OMG” almost sounds like a collision of five different songs before it bleeds into the shapeshifting finale of “Not This Time”. A rousing album closer, it almost seems to reprise the entire the musical and emotional journey that preceded it before fading into a haunting, sad silence.

“The whole record is a mix of lighthearted and pretty songs, and then heavy, nasty songs,” says Welch. “I initially thought it was going to have to be multiple EPs, but we decided to lean into the differences between the songs and find an album order that switches as aggressively as possible.”

But Frosting is not just an exploration of creativity, nor does it simply continue the impressively innovative journey they’ve been on since the start. It’s also an important celebration of pure creativity, of the freedom to follow your muse, of making art for the love and joy of making art. Which, after all, is really the only reason it should ever be made. That’s something the band took to heart especially for this album.

“We’re an independent band again,” explains Kion. “So many things have added up to mean that we can make this what we actually need it to be for us – whereas for a very long time it was a lot about just growing and asking permission and not getting a response or not getting it. For a long time, it felt like we were grinding out gears to just exist, and I feel like we’re recently truly understanding what it’s like to be free again. We’ve been able to pick our own path and decide what we want to make and what we want to do.”

A band occupying sonic territory entirely their own, Bent Knee continues to break ground with each successive album, a record maintained with 2019’s extraordinary "You Know What They Mean". The Boston outfit’s myriad influences are distilled into a deeply moving art-form that defies categorization, merging texture and style into music that’s thrilling, addictive, and unapologetically original. ... more

Bandcamp Daily  your guide to the world of Bandcamp

Little Brother joins the show to discuss their beautiful journey, plus tunes from Fat Tony